This Is How You Announce A Business Partnership

One of our long term clients recently asked if we could help them with the announcement of a new business partnership.

“How about a nice graphic?”

“How about a Hollywood style movie trailer that uses a date teaser in the run up to the announcement?”

There are clients, and there are Nerve clients… 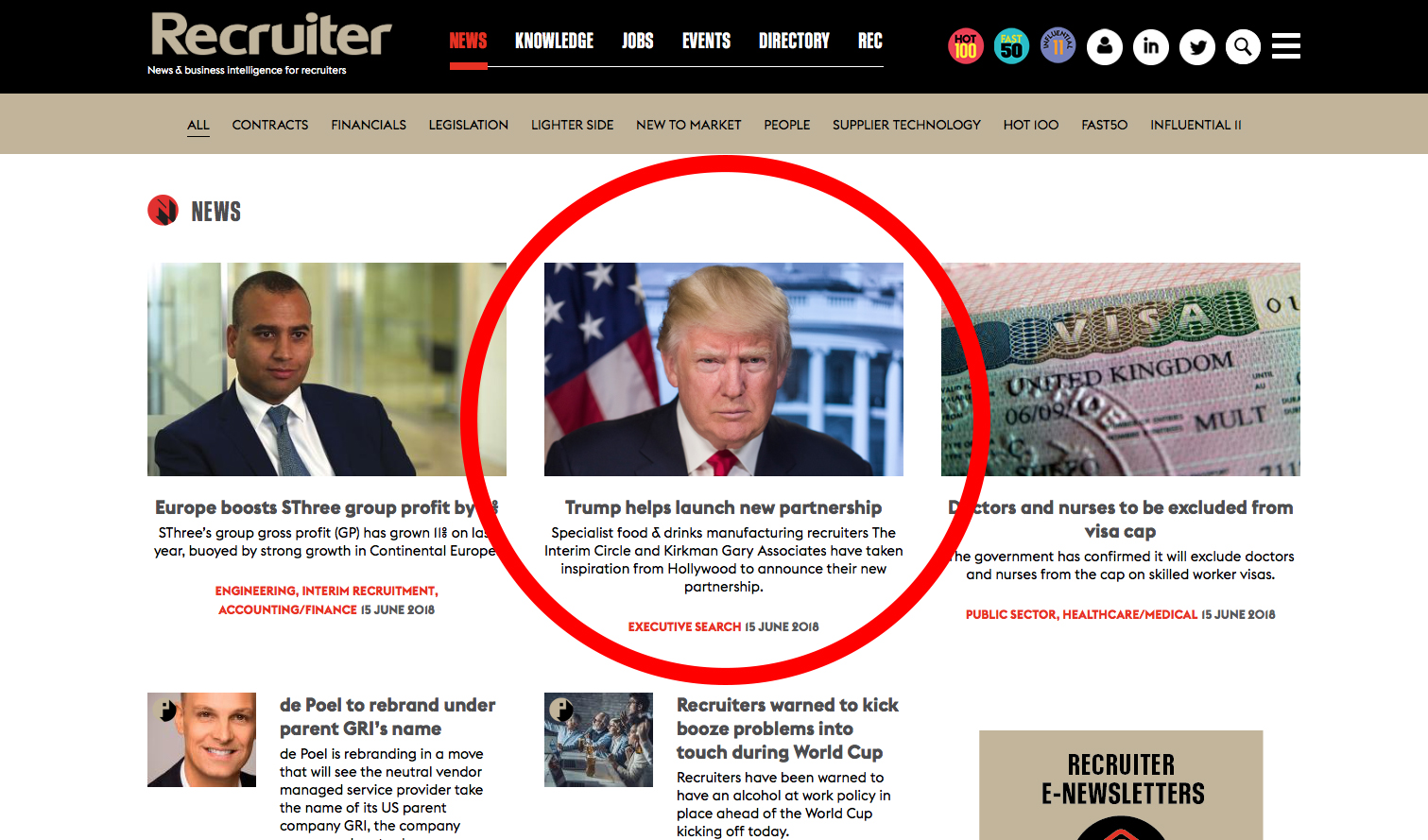 Anyway, the client in question was Peterborough based interim recruitment specialists, The Interim Circle. They were partnering up with a permanent recruitment specialist in the same sector (Kirkman Gray Associates) so that they could offer the combined clients a more comprehensive service.

The deal was already done, and they needed to move quickly. On the day that Luke from The Interim Circle asked us about the project, Donald Trump had met with good ol’ Kim Jong Un in a groundbreaking summit. Images of the first handshake of it’s kind were beamed around the world. This gave us an idea.

Corporate partnership announcements are notoriously dull, and often the parties in question take themselves way too seriously. Luke and Paul (the director of Kirkman) were more than happy to inject a bit of tongue in cheek humour into the announcement, so we set to work creating a dramatic trailer worthly of any Bruce Willis flick.

The idea was to put the announcement on the same pedestal as the Trump/KJU handshake, and other important events. We used stock footage of the fall of the Berlin wall and footage of Mandela opening a United Nations meeting too. All pretty big deals.

We also supplied both parties with a Hollywood esque date teaser, which was posted to social media in the run up to the announcement.

We asked Luke and Paul what they thought of the video:

Hats off to Luke and Paul for having such a refreshing approach to the way their businesses communicate. It paid off for them too; as well as reaching thousands of people across LinkedIn, and engaging several key players in their specialist industry, the content also made it to the front page of the Recruiter Magazine website, which is the biggest magazine within the recruitment industry. Not a bad result for a recruitment company that was set up less than ten months ago…

Looking to announce a new business partnership for your business?

Welcome to the nerve centre of digital and branding creativity.