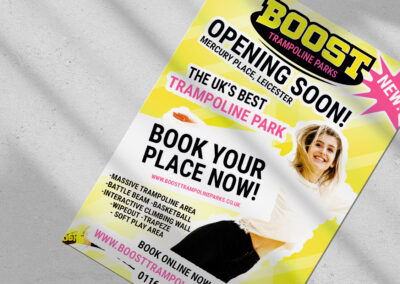 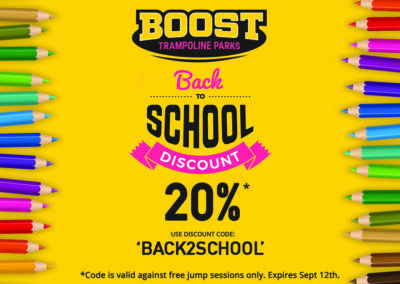 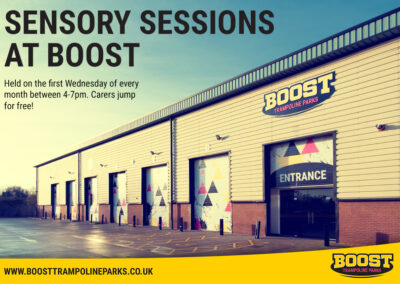 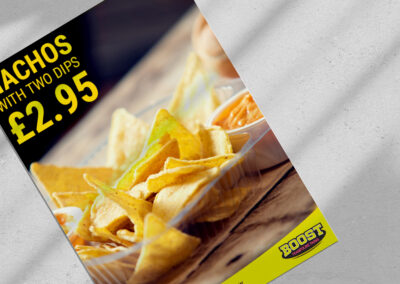 James’ impact on Boost Northamptons social media engagement was huge and he has put in place a strategy we can manage in-house, while we continue to use him for his excellent content creation and hugely creative ideas!

Boost Trampoline Parks is one of the UK’s fastest growing leisure businesses. Formed in 2016, the business saw early success at it’s first location in Northampton, and now also operates from a fantastic site in Leicester city centre.

Nerve helped Boost Trampoline Parks get the most from its social media channels and in-venue sales with a wide range of graphics produced for digital and print use.

Through a uniquely creative strategy, and a carefully planned content campaign, we we able to raise Boost’s social media following from the hundreds to to tens of thousands. 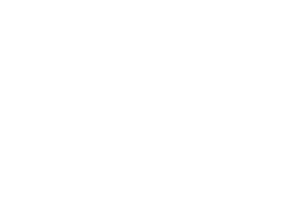